Percy and the Pollinators

The bees are busy collecting pollen from the aliums. Meanwhile Percy is busy pulling a goods train around the garden.

Posted by Keith Edwards at 20:25 No comments:

Some Views of the Railway 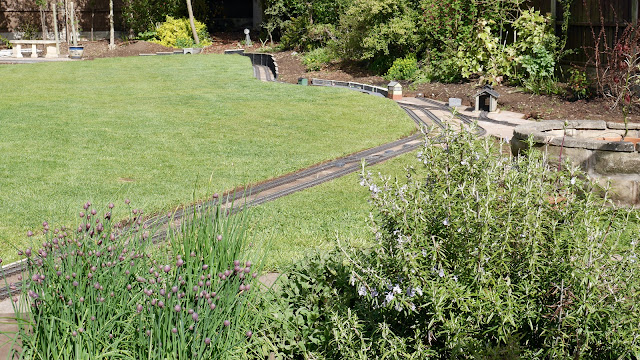 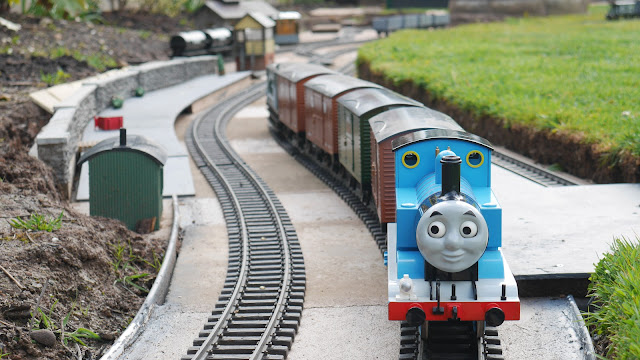 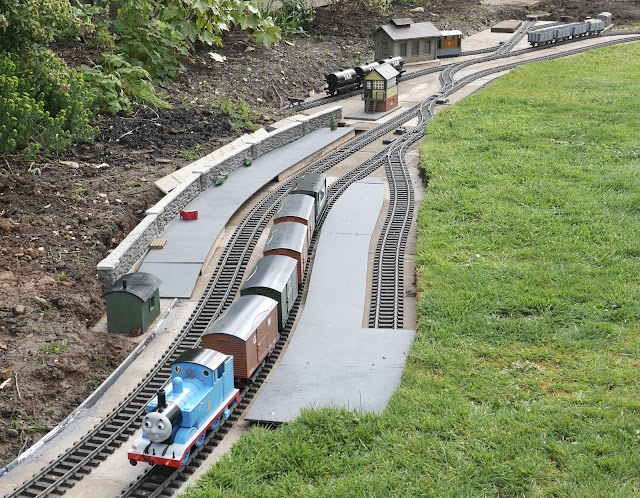 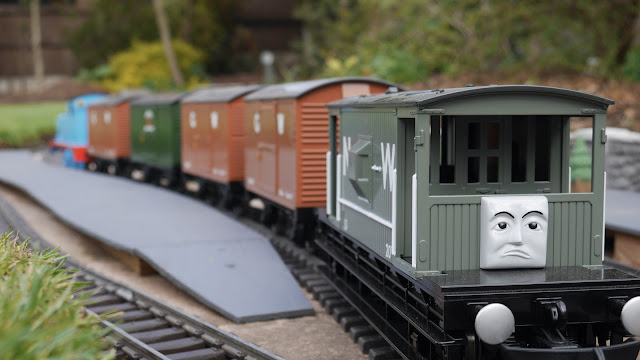 Posted by Keith Edwards at 13:52 No comments:

There has been no progress this month on the railway itself. However lots of jobs in the garden have been completed including removing the obstacles at each end of the railway which have been preventing further track laying. 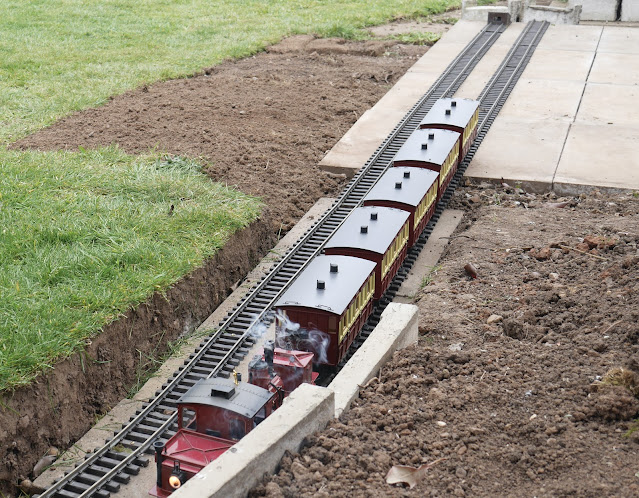 Firstly at the top of the garden the summerhouse has been demolished and temporary tracks laid over what was its base. 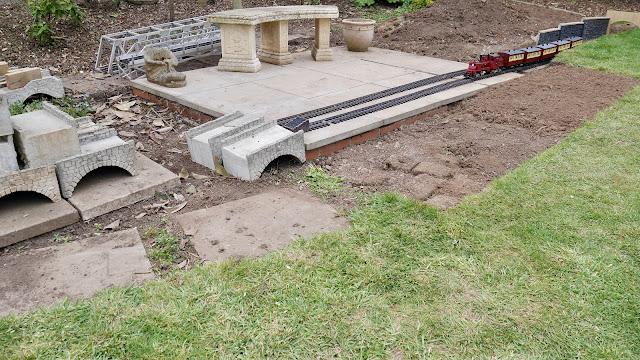 Here the railway will emerge from the cutting and then run on a low embankment. It’s a shame but the slab base of the summerhouse is at little too high and the first row of slabs will have to be taken up. I’m toying with the idea of using the Cain Howley viaduct sections that I brought from the Sandwell Valley Railway when the embankment gets higher as the lawn drops away. As this is a double track section I will need to use the angle grinder to slice them down the middle and then fill the gap with concrete. The join should be invisible when the track has been ballasted. 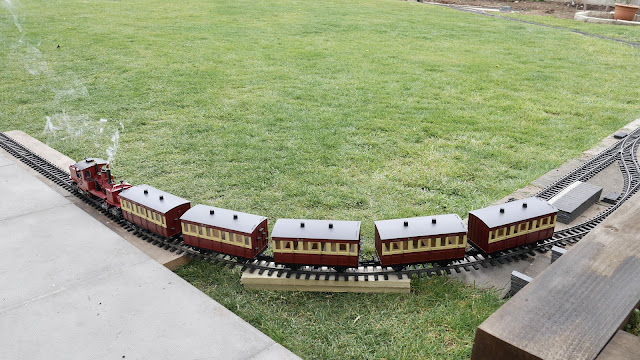 At the other end of the line the base for the new shed has been completed. When I build the shed I intend to leave a 1.2 metre platform in front of it. The single track branch line will run alongside the platform before it wends its way up the garden. 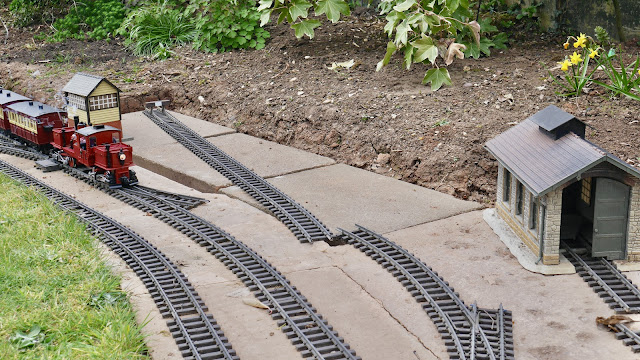 Finally I’m having to carry out some remedial work at the Saltworks sidings. This area of concrete was very badly frost damaged so I’ve taken it up and will lay these three slabs in its place.

Posted by Keith Edwards at 19:57 No comments:

When we moved into the bungalow we inherited loads of old paving slabs so I’ve been using them as the track bed. I’ve screwed the track down using 5mm rawlplugs and brass screws.
On the bungalow side of the 'tunnel' I've mortared between the paving slabs. 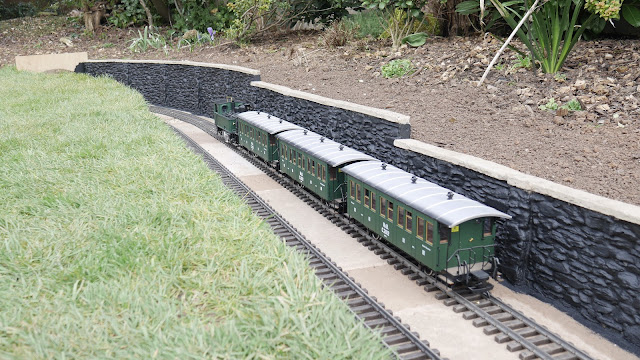 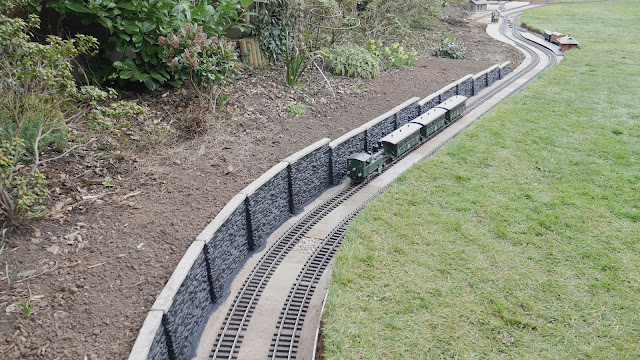 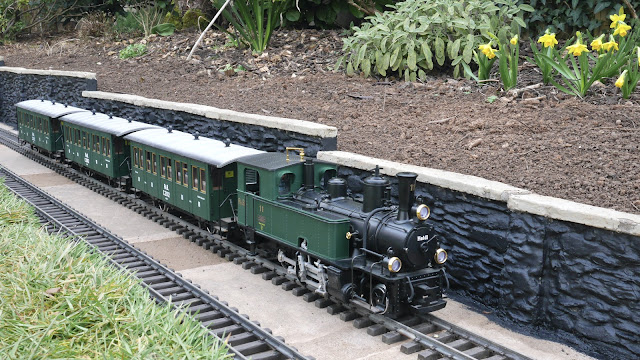 This is Stoke Works Station. The platforms are plywood templates made to check clearances. 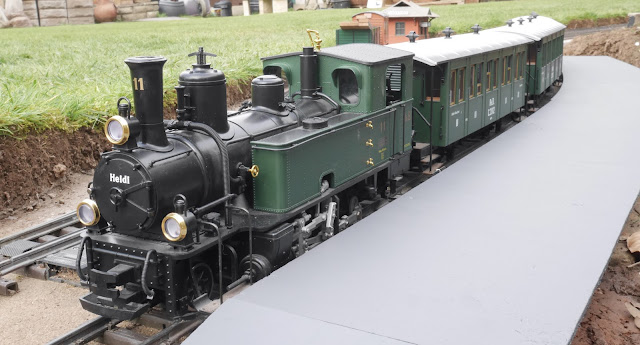 Posted by Keith Edwards at 10:49 No comments:

After several days of dry weather the cutting has finally dried out so I've been able to lay double track through it. 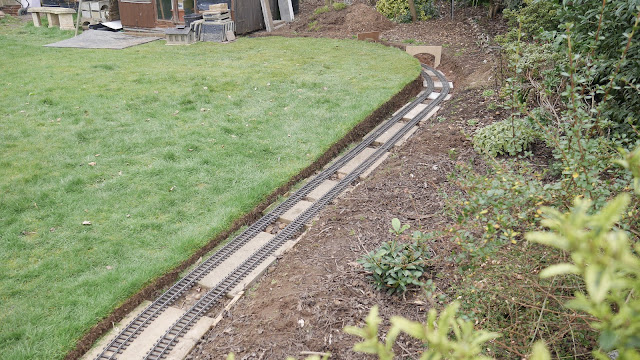 Tracks have now been laid as far as the summerhouse. This will be the end of the line for now as the summerhouse will have to be demolished before it can be extended further.
The location of the tunnel is marked by the two plywood templates. 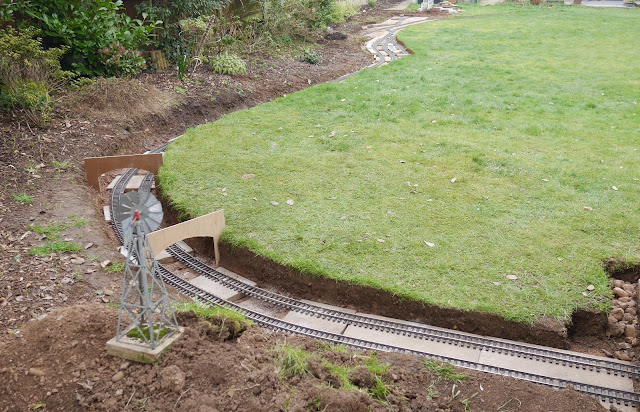 Today I've started adding the retaining walls. The wall sections were originally from Garden Railway Specialists and they were reclaimed from the Sandwell Valley Railway. 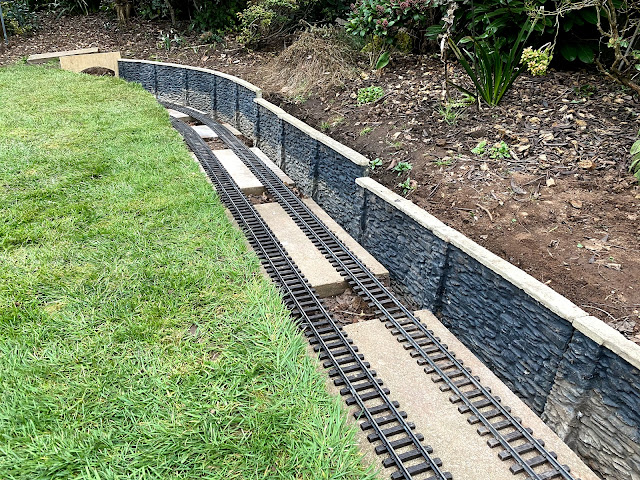 Looking down the cutting in the direction of Stoke Works Station. 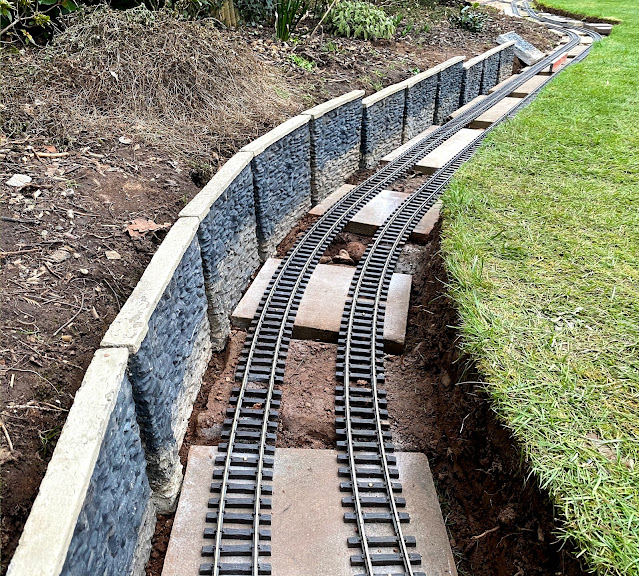 Posted by Keith Edwards at 21:43 No comments:

Work on the Railway as Recommenced

The winter well and truly scuppered work on the railway. The cutting has never dried out enough for me to be able to dig out the clay. 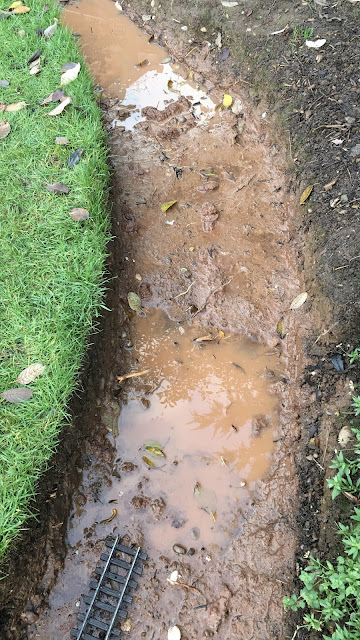 I've now dug out a drainage channel which can be seen in front of the summerhouse/shed. 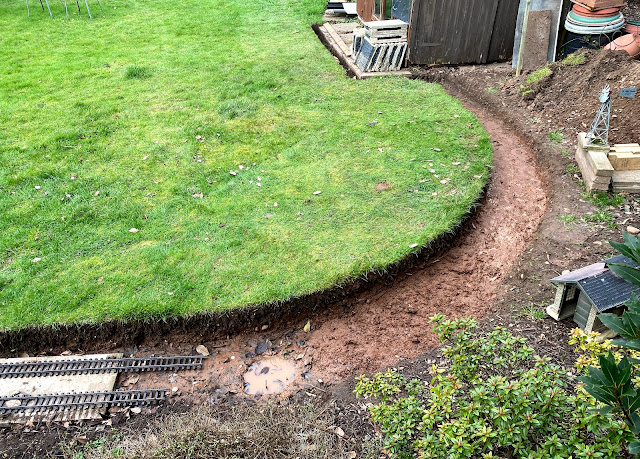 The cutting is now drying out and I should be able to make progress again.

Posted by Keith Edwards at 16:47 No comments:

Winter Weather on the Railway

Posted by Keith Edwards at 18:41 No comments: